This post is based on an online interview form submitted by Waheedah Shabazz-El on December 9, 2012. 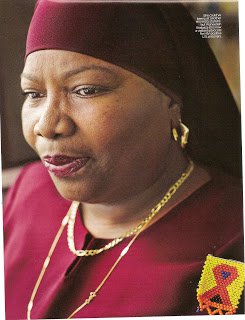 Tell us about yourself. I am a native Philadelphia Resident, a retired Postal Worker and a Kick-Ass AIDS Activist. That's what my friends tell me. I enjoy empowering my community with capacity building, skills sharing and popular education centered in Human Rights. I am a Founding Advisory Member of the U.S. Positive Women's Network and I coordinate the Philadelphia Chapter. I love travelling to different parts of the country empowering women living with HIV and at risk for HIV to stand up and ask to be "Counted IN" - Counted into Prevention, Leadership and the Resources.  My proudest moments include speaking at the grave of Dr. and Coretta Scott-King on World AIDS Day 2007 and meeting President Barack Obama in June 2010.

What made you get involved in the HIV/AIDS community? My own AIDS Diagnosis is what got me involved. I wanted to live, so I had to learn how to do that. Because of the stigma that is associated with HIV, I learned early on that in order to live, I had to NOT be silent, but be visible and vigilant.

If you could change one HIV policy or implement a new policy, what would it be?  Count Women and Girls into the Plan and Research for HIV Prevention. In the US women make up nearly a third of all new infections. Count Women In. Prioritize women in a risk category of their own. Not women in jail or women who do drugs or even women with children. Count All WOMEN IN. Whether they are of child bearing age or experiencing menopause. Women's risks for acquiring HIV have not been clearly defined. Currently women only have (1) female initiated method (device) to protect them from HIV. That is the female condom. That, by the way, is nowhere as easily accessible as condoms are for men. Count Women In and put prevention tools in our hands.

Who do you look up to or admire?   Julie Davids, former Executive Director of CHAMP.

What do you think is the biggest challenge facing people living with HIV/AIDS?  Internal Stigma is a huge challenge for PWAs (people living with AIDS). When a person does not realize that vulnerability for HIV can be [a result of] the geographical location where they live. HIV is only preventable in an ideal world, where poverty, intimate partner violence and social and economic disparities are eliminated. People should not blame themselves for contracting HIV when structural systemic policies make them more vulnerable, no matter how hard the individual tries to protect themselves. 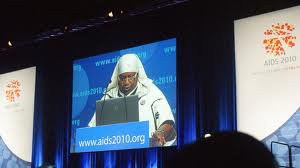 If you found out your friend was recently diagnosed with HIV, what would you tell him/her?  HIV is not the end of the world. You can live, you can love and you can be loved. But first you gotta put away the hammer. Don't beat yourself up. Knowledge is power. Learn how to live and love in spite of HIV, in the face of HIV so you can teach those coming behind you how to do the same. I would ask them to allow me to mentor them, as someone did for me.


This post is part of our World AIDS Day blog series celebrating the Philadelphia-area HIV/AIDS community. To share your own story, please submit an original post to HIVPhillyWebmaster@gmail.com or fill out an interview form.